Heat tolerant and disease resistant perennial vegetable native to Australia and New Zealand grown for its fleshy green leaves which are often grown as a spinach substitute in the warmer months. Has a similar flavour to spinach and is used in the same manner as cooked spinach. Can be grown as a perennial in warm climates and can withstand minor frost.

Grown in the Southern Highlands NSW

For bulk amount see other listing.

No product has been found! 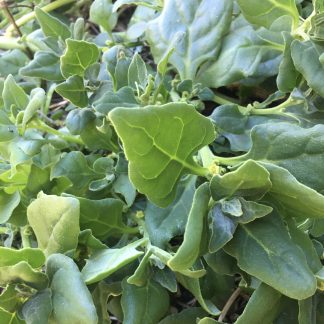